I’ve used Kyle T Webster’s Photoshop brushes for a few months now, and it’s time to shout from the mountain tops how much I love these tools. I’ll go through a few different key areas, some of my favourites so far, any qualms, and more. If you’re a professional illustrator, read on my friend, as these babies are a must.

Noted as being used by industry famous concept artists, animators and illustrators at companies like Disney, Marvel Comics, Sony Pictures, Laika, and Dreamworks, Kyle T Webster claims that his Photoshop brushes are “The best natural media tools on the web. Period.” I don’t think he disappoints either.

Kyle’s brushes cover a wide gamut of natural media tool emulation, with simulations of pencil, pen, ink, dry brush, gouache, oil, pastel, and more being available. The tools aim to capture the essence of those natural media tools that illustrators like me have a hard time letting go of when they can’t seem to find something that does a similar and believable job to using the real thing.

Recommended Photoshop version to use: CS5 or higher
(note for this review that I am a Creative Cloud user)

To start with, we should probably clarify what these are. You see, when you say “Photoshop brushes” people already think they know what you’re talking about. These are not simple shapes defined for the brush tool in Photoshop like most brush sets are. In fact, these aren’t even added to Photoshop the same way that you’d add those.

Kyle’s Photoshop brushes are more accurately tool presets for the brush tool, eraser tool, and a couple of others. You don’t access them through the normal brushes palette, rather from the tool preset palette. A tool preset is infinitely more powerful than just a straight up Photoshop brush. You can customize so much more than just shape and a couple of other settings, which is why Kyle’s brushes are so versatile and adaptable illustration tools.

For anyone using them, they’re brushes. That’s how I think of them. But if you’re in the market for a new brush set, we need to make this distinction of them being tool presets, and why that’s a better choice. They’ll blip and blob, some will react to things around them, they’ll twist and turn, vary in shape, and more.

Spot illustrations I made using a mix of Kyle’s gouache, chalk, and charcoal brushes.

So far I have used these brushes both for work at Post+Beam, as well as in my personal work. I thought there would be a steep learning curve but I was able to adapt to using them fairly quickly. I found it easier introducing myself with the gouache, charcoal and chalk packs, as they seemed to have more predictable results. I was quickly dipping into the oils however (pun intended), and then dabbling in the inks– especially the dry brush. If ever I found myself wondering how a brush might work or react to others, or even what the different brushes were (sometimes the name won’t describe everything), I would refer to the handy PDF Kyle provides with each set or his YouTube channel for a quick demo.

I’ve always enjoyed inking traditionally by hand, and probably will continue to, but sometimes I need to do something really quickly, cleanly (no mess), on the fly, or even when my traditional tools aren’t around. These brushes are great for those scenarios. I’m a really messy inker in some instances too, and on purpose, so I was happy to see that I could get a lot of grunge and dry brush effects quite like how I normally would. In fact, it made me feel a bit more secure doing the dry brush in Photoshop and not by hand since I know that sometimes I can get carried away and there’s no undo command in real life.

When colouring my inked work on the computer I also felt like it was a lot of work to get things just how I wanted and would have done by hand if I had the time. Thankfully that too is alleviated. Even if wanting to colour work you’ve inked by hand, these brushes are great. You can get really nice effects and textures and not an artificial and completely unnatural smooth gradient as with many default Photoshop brushes. I’m actually really surprised to see some comic book artists that I admire, like Paolo Rivera, using Kyle’s brushes to ink or colour their work when I had assumed his work was done traditionally!

Pressure sensitivity, tilt control, stroke direction, many of these things are incorporated into the various brushes. At first with a few of them I would ask myself why did it do that? Though I quickly realized that Kyle was getting all the nuances of the real media in there, and just like natural tools you need to get used to using them, understand them and how they work, and get practice. This harkens back to many of the questions I get online or when I give talks to high schools: “what pen/brush/marker is that?” This is a question that’s often backed by the assumption that a better tool will make you a better artist is mostly incorrect. If you’re seeking new Photoshop brushes and add-ons to increase the repertoire of tools you can use, that’s one thing and you’ve come to the right place with Kyle’s brushes. However, just like any other tool, they won’t make you an amazing artist, and you still need to learn how to use them and when.

Photoshop things to watch out for

I didn’t think it was fair to note a few things in this review and make it sound like they were at fault of these brushes, or Kyle. Rather, I find them to be Photoshop things that bothered me, and anyone’s Photoshop tool presets are going to have the same issues, I would imagine.

My first issue with Photoshop is that the installation of the tool presets didn’t work very smoothly. Following Kyle’s directions that come with each brush pack, I used the tool preset manager and loaded one of the Megapacks in. Nothing appeared in the tool preset window. I did it again, and again nothing. Third time’s a charm– I did the same process one more time and suddenly the dark lord released his influence and they loaded. Oddly, although I experienced duplicate brush issues later, there weren’t any this time from repeating the process over and over.

Duplication would be one of my other gripes with how presets are handled. I wished there were some way for Photoshop to recognize when you’ve already got the same brush loaded and are loading it again. I had purchased a few of Kyle’s Megapacks, as well as some of the individual tool groups like inking and gouache so that I could get as many options as I could to work with, but there are a couple of tools in the packs that overlap. I simply had to go through the tool preset panel and remove the duplicates, though if I had a lot of different presets loaded, and from different authors, who may have even coincidentally named their brushes the same thing, then this process could be a bit aggravating. Thankfully Kyle’s nomenclature used with his brushes is pretty solid, prefacing most brush names with his name so there’s no mixup of what you’re using or where it came from.

There are TONS of artists out there giving away their brushes for free or a price. Here’s a tumblr devoted to just that. Many of them are good, though are often Photoshop brushes and not presets like we discussed above, and won’t have the same capabilities. From what I have gathered around the interwebs, the only real competition to Kyle’s brushes that people have mentioned seems to be from Alex Dukal, another professional artist. I have yet to try these, though if anyone has, please let me know how they are. I will eventually check them out, but I’m honestly happy with what I have right now.

For me, I don’t think there’s any going back now. I was starting to get frustrated with inking or colouring on the computer, let alone making full on pieces start to finish, but Kyle T Webster’s Photoshop Brushes have eased my qualms with the limitations of the digital medium. I’ve referred a few people to these tools now since I’ve loved them so much, even getting an old instructor from art college to use them! If you ask me, you should GO BUY THEM NOW! Start with this Mega Pack to see what you like and go from there. Personally, I love the gouache and dry media brushes. 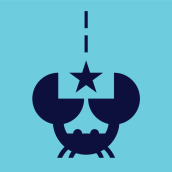